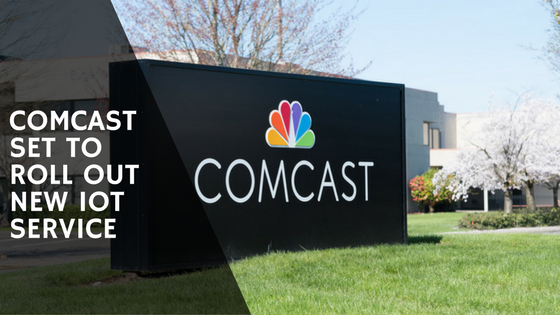 Comcast is launching its new IoT service in Detriot over the next few months as a part of a bigger rollout to 12 major markets in the country.

The new IoT service is called ‘iQ for machines’- it’s being marketed to businesses and municipal organizations as a less costly, more efficient way to gather, transmit, and analyze data from connected devices.

Alex Khorram, GM of machineQ said the service is being deployed in Detroit because of its sizable market, the company’s exisiting infrastructure in the area and the city’s resurging business sector.

Research and development of the service began a couple years ago and the first trials in San Francisco, Philadelphia, and Chicago have been successful and generated interest. These cities were also targets due to their bigger market size and living costs to account for the more expensive service.

The idea is to start with the deployment in Detroit and then branching outward with a goal of converting 50 percent of the city by the first quarter of 2018.

How plan to help businesses

The product is designed for companies or organizations that want to connect devices, track data and find solutions. It is also geared toward startups looking to utilize the service for creative applications.

Alex Khorram gave an example of how their IoT service would work for businesses. He said a startup company in Philadelphia is working on a way to “crowd source” potholes by attaching sensors to municipal vehicles. The sensors are equipped with GPS and gauge how high or low a suspension compresses, pinpointing the location and severity of potholes.

Using this service, organizations can use the data taken from the physical world, process it, learn from it, and make better-informed decisions to improve how they serve customers.

The service is powered by radio gateways installed throughout the city that connect to sensors fixed to objects that businesses or cities want to monitor, like trash bins or parking meters.

These sensors have chips unlike those found in cellphones, only the chipset for is designed to transmit less data and demands less power, meaning it is more than existing cellular alternatives.

The trial service will be available to several businesses and organization in Detroit, but not under contract. Customer’s partaking in the trial will not be disclosed not the details of their agreements.

The price has also not been disclosed yet because this is not a ‘one price fits all’ product. IoT is thriving in multiple industries and Comcast is looking to disrupt the cable industry by introducing this product and seeing how well customers respond to it and valuing it at a higher level than traditional cable.