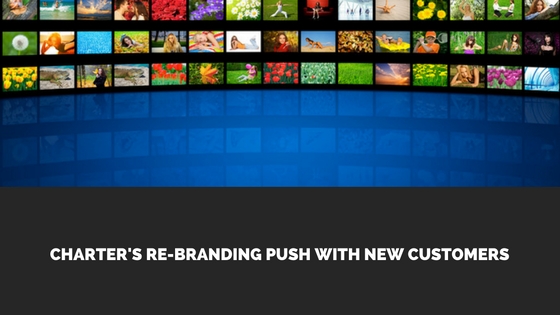 The great re-branding has begun for the tens of millions of cable customers Charter picked up with their acquisition of TWC and Bright House Networks.

Charter’s new package will consist of a video lineup of more than 200 HD channels, broadband speeds of up to 60 Mbit/s or 100 Mbit/s, VoIP service and its new cloud-based user guide for as little as $90 a month.

That package has proven popular among Charter’s existing customers, driving strong video and broadband customer growth over the past few years. It may not perform as well in some of the former TWC and Bright House markets, where those two companies offered whole-home DVR service and faster broadband speeds.

Charter has high hopes though that their new customers will be content with the new services as they have worked for years with their existing customers.

Spectrum is expanding into several territories over the next few months starting with New York City and then into Florida.

CEO Tom Rutledge said the cable operator expects to make Spectrum available to more than 50% of former TWC and Bright House residential customers by the end of the year, and all of them by next spring.

Charter also intends to start upgrading all of the former TWC and Bright House systems to all-digital service early next year, aiming to complete that process by the end of 2018.

Where Charter is Going

Charter continues to enjoy strong growth for its core residential video and broadband products in its legacy markets but is seeing much weaker results in the old TWC regions.

In the third quarter the combined company reported gaining 279,000 overall customers. Up slightly from 269,000 on a pro forma basis a year ago, the legacy systems and the former Bright House systems generally performed well.

Estimating that the new Charter has a $20 billion enterprise opportunity in its combined markets, Rutledge said the MSO is eyeing ways to capitalize on that opportunity.

Charter like all cable providers are trying to keep their customers happy whether they are existing or new. The new package instilled from new on comers may work and it may not, but Charter may have to adjust in order to keep its numbers growing and keep competition away.