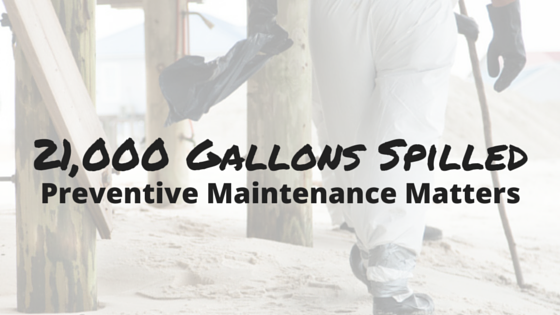 Yesterday afternoon, locals noticed something different in the air, and it wasn’t the salty aroma they were used to along the California coastline – it was oil. A ruptured pipeline near Santa Barbara leaked an estimated 21,000 gallons of crude oil in the Pacific Ocean that spread four miles and 50 yards deep into the water. Authorities mentioned that,winds could send the oil another four miles south toward Isla Vista.

The leak was said to be stopped, according to California Coast Guards, around 3p yesterday. The pipeline that erupted was built back in 1991 by the company, All American Pipeline, who had made the statement that the pipeline was shut down and protected from allowing more oil to flow into the ocean.

The last time an incident like this occured, along the California coastline, was in 1969, where an estimiated 3 million gallons of oil spilled; it was considered the largest in American history, and it helped start the environmental movement.

Refugio State Beach and a nearby state park were closed down to the oil spread, and federal, state, and local authorities had shown up to investigate the cause of the leak and coordinate cleanup efforts. At one of the beaches near by, named Goleta, construction workers started the cleanup process and were in awe by the odors that emulated a gas station. Most visitors to the beach that day were concerned about the wildlife, but, luckily, no fatalities have been reported at this time.

Within the last month or so, there have been mentions of past and current oil spills. Recently, the BP oil spill just passed its five year mark, and the tragedy it caused to our wildlife and ocean. The BP Oil spill had spread over 16,000 miles and spilled about 200 million gallons of oil; this tragedy caused the oil industry to redefined the way they performed off and on shore drilling allowing new techniques and practices to be put into place. With the current situation happening in California, the question becomes again… what could we have done better? What practices are now in place to prevent these measures from continuing to happen in the future?

Below are some of the preventative maintenance steps that are being performed today and ways we can better assess and learn for future situations.

Maintenance practices are best utilized when put into an effective management system. As mentioned before, a maintenance system is only beneficial if the proper infrastructure is in place. Listed below are a several items to consider when implementing your strategy:

Through better maintenance and prevention practices, oil companies can reduce the risk of oil leakage and damage for future coastlines and wildlife.