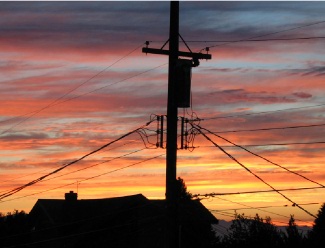 John Malone remains the man behind the scenes yet has had an incredible influence on the cable industry. His business career started back in 1960 when he got his start at AT&T’s Bell Labs then became a consultant for McKinsey and Company and finally built what became the nation’s leading cable provider, TCI, which he later sold to AT&T.

He then went on to control a collection of media companies, including Sirius XM, the Atlanta Braves baseball team, the QVC home shopping channel, and telecommunications companies in Europe. One great thing all these companies had in common was recurring revenue which made it hard for competitors to pose a challenge.

Then, just two years ago, Malone invested in Charter, taking a minority position and seat on the board. He does not officially control Charter, but he is said to help guide the company’s aggressive acquisition strategy.

He is a billionaire on paper and an entrepreneur in spirit.

Tom Rutledge, CEO of Charter, said it best in a recent interview, talking about Mr. Malone.

When he talks, I listen. And he is a significant talker. I know what he thinks, and he knows what I think.

Malone and Rutledge have discussed tactics regarding the Charter and TWC merger, and Malone sees the same qualities in the New Charter that attracted him to his companies in the past. He understands the shift of consumer media habits and adjusts accordingly to please the consumer.

The new Charter needs to show consumers that the merger is in their best interest and their want for digital expansion. If Charter completes the deal, they will have a national footprint allowing them to be competitive in the marketplace.

Could Malone be cooking things up just weeks after announcing the details of the Charter and TWC merger? Malone hinted at the idea of more entertainment consolidation.

Liberty Media’s Malone told investors last week that a merger between Lions Gate Entertainment Corp. and Starz could be on the horizon. He serves as a director at Lions Gate and owns a 3 percent stake in the studio company.

Malone also mentioned how Lions Gate could buy Starz and other free radicals in the industry. This could position smaller content producers to compete more effectively with cable giants. The constant reminder of how consumer demand is switching will cause companies to think strategically on how to keep up with the change.

A Forbe’s reporter wrote,original programming drives the value of media content entities, so Starz is most likely setting itself up to be bought by a larger company that can fund the creative content segment. Lions Gate may be looking at Starz as a candidate for acquisition which may not be a bad thing considering Starz $4.2 billion in market cap.

Malone could be trying to push Starz forward in the premium-TV channel industry and compete against larger companies that produce original content.

Malone’s constant focus on consumer change and wants allows him and the company’s he supports to be successful. The face of the cable industry would be different if cable companies just focused on the competitive aspect rather than the shift of consumer wants and delivering those needs.