Asset Inspections After the Virginia Earthquake 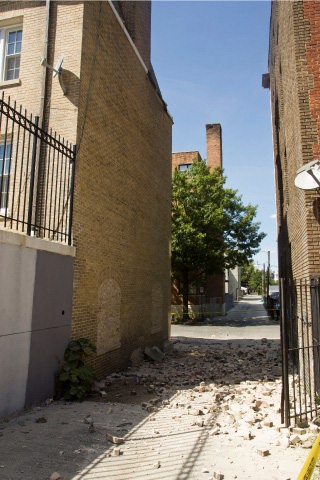 Surprisingly and happily, I was pleased to see that the Federal and some State governments sprang into action immediately after the 5.9 magnitude earthquake struck at 1.51 PM SSW of Mineral, Virginia. The earthquake was followed by 4 aftershocks ranging from 2.2 to 4.2 magnitude. The strongest of these was enough to shake indoor items.

Inspections After the Earthquake

The common factor among those who sprang into action was the use of inspection checklists. I don’t think there is any doubt that some level of preparedness has been spurred by the recent Japan earthquake disaster. The key point is inspection checklists enable government and business leaders to quickly access asset conditions and set a course of action.

Not All Inspection Checklists are Created Equal

Inspection checklists can be as simple as a printed list of assets to be checked on or a computer generated checklist using a CMMS system. The difference in the two comes down to how fast inspection results can be obtained, organized and analyzed.

The advantage of a CMMS generated checklist is that it can be accessed using handheld devices and transmitted back to asset managers for faster decision making. In addition, all information is then stored electronically ensuring that the records won’t be lost.

For business or governments wanting to restore full operation as soon as possible, a CMMS system is the best tool to have for emergency preparedness. Because a CMMS will track inspection results from one inspection to the next, it allows asset managers to note changes that might otherwise have been missed.

Can an Earthquake happen to you? The short answer is yes. The west coast from California to Alaska has long been a hotspot for earthquakes. However, as the map below shows, 39 of 50 States are moderate to high risk areas for seismic activity.

Prepare your organization for emergencies by creating inspection checklist today using a CMMS.