Are You Remembering Veterans Day ? 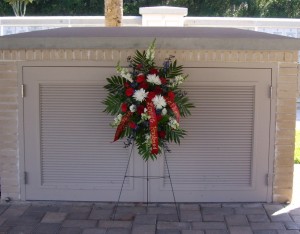 Sadly, Veterans Day is no longer a widely celebrated day by our nation. In fact, over the last few years more and more businesses, schools and other institutions no longer take the day off. However, it is important that we do not forget the men and women who gave their lives for our country for the freedoms we enjoy today. We can remember them in our hearts as well as making sure the monuments and war memorials dedicated to them are under good maintenance management.

Veterans Day began as “Armistice Day” the year after World War I was over. On November 11, 1919 President Wilson proclaimed the day, Armistice Day, which was commemorated by the suspension of business for a 2 minute period at 11 AM. It represented the day the final peace treaty was signed between the Allies and Germany.

A couple of years later Congress approved legislation establishing the Tomb of the Unknown Soldier in Arlington National Cemetery. However, it was not until 1938 that Congress passed legislation making November 11th a national holiday.

On June 1, 1954, in recognition of WWII and the Korean War, President Eisenhower officially changed the name to Veterans Day. In 1971, Congress moved the day it was celebrated to the 4th Monday in October, but popular sentiment reversed it back in 1975.

According to Wikipedia over 1.2 million lives have been sacrificed since the American Civil War. Most notable of this is that more soldiers died in the civil war than WWI, WWII, Vietnam and Korean wars combined. Deaths by the top 5 wars are as follows:

Monuments and Memorials of War

As Veterans day slowly fades into a personal day on people’s calendars, those that do remember their loved ones and history, can visit approximately a dozen monuments and memorials. These facilities are as follows:

Maintenance of Monuments and Memorials

This section is here because Federal and State governments as well as the private foundations that support and maintain the monuments and memorials have all faced budget cuts over the course of the last few years. We all understand that budgets cuts are affecting almost everything today. We hope that if financial difficulties are hindering the care of our national treasures that the maintenance managers for these monuments have the right CMMS tools needed to accomplish the same amount of work with fewer resources.

Government facility managers can use CMMS features to schedule inspections, preventive maintenance as well as work orders for repair. The planning of maintenance activities moves maintenance operations into a proactive mode reducing the amount and costs of unplanned work.

No one wants to see America’s war memorials and monuments fall apart like the Italian Gladiator House that crumbled recently.

We hope that you find time to commemorate this years Veterans Day with a moment of silence of your own at 11:00 AM.

Tell us how you honor our veterans. If you like this article you may also want to read: