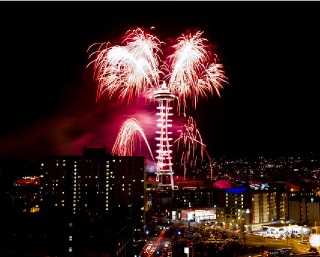 The following post was inspired by a friend of mine that was recently married on New Year’s Eve here in beautiful Tampa. After the wedding, a reception was held at a local well-known hotel. Things went along well until approximately midnight when the guests room key cards to the hotel rooms failed.

Now this was not an ordinary room key failure, in fact all hotel rooms were affected indicating a system failure. In most hotels, maintenance management can use a master key to open rooms but it was reported that these keys did not work either.

To make matters worse the physical master key that was used to open the guest rooms did not work for all the rooms. The liability issue on this is exceptionally high.

The Tampa hotel issue was not an isolated incident on New Year’s Eve, MSN reported that a Denver hotel that had an almost identical issue as the Tampa hotel and a third hotel, the Gramercy Park Hotel in NYC had all guests locked out at midnight for 3-5 hours. There probably are a few more hotels but no one has reported them yet.

“… on New Year’s Eve, at approximately midnight, the hotel experienced a malfunction with our guestroom locks. Every lock went offline and no keys were working, including hotel master keys. Generally hotels have emergency keys locked in a safe in case of a situation like this. We did, but unfortunately these keys did not work either…. At this point we are able to confirm that there was a glitch in the system, and that we were not the only hotel impacted.”

In reading the rest of the response written by Ms. Mao, I commend her for responding so well as the problem caught the hotel completely by surprise.

None of the hotels affected by the guestroom locks issues planned this to happen. Regardless of who is responsible, the problem was that each hotel maintenance and management staff was immediately placed into a defensive and reactive mode of operation.

Some of the consequences included:

Was this a Hotel Maintenance Issue?

The answer is no one person or party is responsible. In order to better understand this one has to look at the incident in parts. In my opinion based upon the information available:

Customer Care May Have Won the Night

Despite all accounts of a horrible night for guests, I have also heard that many of the hotel staff worked their tails off for guests that night. In fact, my friend who got married that night raved that the staff was so attentive to his and his bride’s needs that he would still consider using them again.

This goes to show that how a hotel handles a disaster is just as important as the disaster itself. I nod in respect to the hotel staff who hustled to do the best they could for guests under the circumstances.

It is easy to see that the cost of a quality computerized maintenance management software (CMMS) program would have paid for itself by ensuring that each hotel regularly inspected all of its assets.