A Business Leadership Lesson from the Government Shutdown 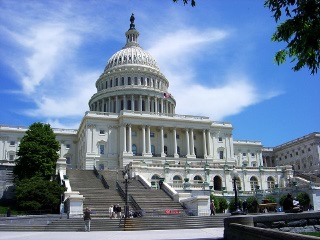 Today’s post was inspired by the leadership impasse in the Federal Government that has led to a partial shutdown of government assets and services. The conflicting objectives and resulting issues are similar to the problems faced by businesses that have allowed their organizations to be divided by Sales and Operations leadership.

I have a strong disdain for politics but my soul is ingrained as a teacher and coach. Today’s partial government shutdown bothers me because it is symbolic of the problems that many businesses face every day. For this reason I have taken this opportunity to present a business scenario that senior managers in any industry can learn from.

Leadership Must Be On the Same Team

True leadership in government, business or even a small group requires an open mind and the ability to carry out a sustainable long-term vision. The most effective leaders understand that in order to successfully execute a long-term vision/plan the people involved must be working towards a common goal.

The scenario below represents a business problem when two parts of an organization have goals that are diametrically opposed (Sales and Operations). In general, Sales executives are tasked and rewarded for revenue generation. In contrast, their operations counterparts are tasked and rewarded based upon how effectively they can deliver the products/goods/services sold.

It is the role of Senior Managers, CEOs, owners or the Board of Directors to ensure each group has the resources and tools they need to perform their respective functions and to be rewarded for their efforts. They are also tasked with providing a common goal that binds sales and operations together.

The problems start when senior leadership fails to recognize that either 1) their organizations are being guided by politics, power and ambition and/or 2) the balance of resources has been tipped to favor one part of the organization over the other.It is the change in the balance of resources that often results in short-term ideas, solutions and fixes that place the greater good of the organization at long-term risk. The quest for revenue should never be allowed to put current assets at risk and the quest for operational efficiency should never be allowed to so prohibit sales.

It is up to the organizations executive leadership to have enough information to make educated decisions. Without this information most decisions end up being short-sighted and ultimately costs shareholders or owners more in the long run.

In my experience, the balance is most often tipped towards sales when revenues are not meeting expectations or operations visibility has faded. This scenario is an example of how a shift in the balance of power affected a hotel.

In this situation, an existing hotel with flat revenues realized it needed to make some changes. A meeting was held with Sales and Operations staffs to determine which changes were needed.

A Hero is Born

Sales pitched that they needed something that could attract more guests and suggested upgrading room amenities, renovating the pool area and a revamp of the website.

Operations countered that could not keep up with the growing backlog of maintenance items. Operations asked for a CMMSsystem and some equipment so that they could perform their functions more efficiently and effectively.

In this imaginary meeting, sales did not consider the impact that additional guests would have on an already over-burdened maintenance staff. Similarly, operations staff was oblivious to anything that would not make their jobs easier.

After the meeting, Senior management decided that the hotel would spend millions on cosmetic changes, marketing and front-end systems. The money needed would be borrowed through a loan but did not include an allocation to improve hotel maintenance.

Renovations were completed and the hotel soon experiences a surge in online reservations and revenue as guests flocked in response to the new, pretty, website pictures. With the increase in demand, the hotel saw a jump in the average daily rate (ADR), RevPar and net operating income (NOI). The decision maker was hailed as a hero and promoted to a larger hotel to duplicate their success.

Not long after our hero departs for greener pastures, the influx of guests started adding to the maintenance backlog especially with assets subject to wear and tear. Wear and tear assets included common areas, HVAC, plumbing, grounds and anything that required power to operate.

Management soon noticed that guests were not returning and online reviews were starting to reflect that the hotel is not really as nice as it was being marketed. Just as suddenly as it started to rise, hotel occupancy flattened out and then starts to decrease.

In addition, interest payments on the loan are coming due and the hotel suddenly found itself with an increasing cash flow problem. To make matters even worse, the hotel was losing value as the property was simply showing too many signs of asset neglect.

In this example, the problem can be traced back to the initial decision to fund only a sales initiative and ignore the needs of hotel operations. Clearly, the hotel had two needs (revenue and better maintenance). Senior management failed to bring together the two parties under a common goal.

The results have left the hotel in a very difficult position. The short-term revenue fix had resulted in a new maintenance expense forecast that was skyrocketing. The assets that could have used preventive maintenance and/or minor repairs to extend their useful life-cycle now needed major repairs or replacement.

To top it all off, because of the prior loan and the falling off of revenues, the Debt Coverage Ratio/Debt Service Coverage (DCR/DSCR) ratio was inhibiting efforts to obtain new capital funding.

Does this scenario seem far-fetched? I hope not. This scenario is repeating itself every day in every industry where leaders fail to see past the edge of their noses. More frustrating is that the cycle is repeated over and over as is if they are hoping for something different to happen the next time around. Isn’t this one of the defining elements of insanity?

Returning to the scenario, the hotel is now at the crossroads of survival. What do you think they should do? Tell us how you would handle this situation.