99 Percent of Stockholder Votes in Favor of New Charter 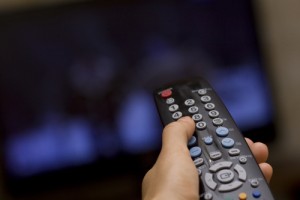 Time Warner Cable announced September 22nd that its stockholders have overwhelmingly approved its merger with Charter Communications, with more than 99 percent of votes cast in favor of the deal.

Rob Marcus, TWC Chairman and CEO, said, Today’s approval is an important milestone in our merger with Charter. The merger will maximize value for our stockholders while creating a company dedicated to delivering great customer experiences. Charter also announced that its stockholders approved the transaction.

TWC and Charter entered into this relationship back in May of 2015, but the closing transaction is still subject to regulatory review.

So, what makes this deal more appealing to consumers and stockholders than the partnership between Comcast and TWC? Let’s take a deeper look.

The New Charter vs. Comcast and TWC

According to Wall Street Journal analyst, Jonathon Chaplin the reason Comcast-Time Warner Cable was a problem for the government was because they were going to have a dominant share of the national broadband market.

The combined TWC, Charter and Bright House corners roughly 24% of the market; the combined Comcast and TWC would have made up more than half of all households with high-speed broadband access. The FCC felt that was too much power for one cable MSO and not in the best interest of the public.

The idea that Comcast and TWC could then take over smaller MSO’s would’ve brought up another potential red flag over major consumption among the cable industry. Also, unlike Comcast, Charter doesn’t own content verticals like NBC. In the view of regulators, this reduces the chances of major mischief in the form of the merged company favoring some type of broadband content over others.

Give the people what they want

Charter is aware that consumer viewing is changing. In order to stay competitive Charter must keep pace with technology and content. Doing so will attract new customers and ensure current customers have the products and services they want to stay. By merging with TWC, Charter puts itself in the same negotiating position as Comcast. This gives potential customers options when choosing a company that will provide services.

This strategy seems to be boding well with the FCC and consumers because it stays within net neutrality laws and it is looking to be in the consumer’s benefit. Showing a commitment to embrace recent net neutrality changes could position Charter as a leader in providing customers access to content, forcing its competitors to follow them.

Consumers can expect to receive better technology, faster broadband, and additional content and programming for low income households while still obeying net neutrality rules. This allows consumers to get the content they want with competitive pricing for that service. Consumer behavior is changing, and the New Charter has the ability to be on the consumer’s side.

All in all, the public has spoken and the New Charter is going in the direction of consumer approval; whether they get to the point of saturation like