25 Trends You Need to Know About the Cable Industry 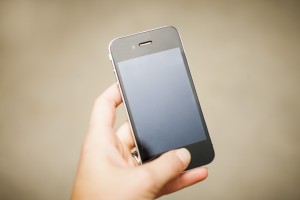 In this edition of the latest Cable Industry News, I have chosen the top 25 stories trending currently around the web relating to technology changes, cable mergers and acquisitions, and net neutrality.

How excited are you about the new technology products and practices coming out?

The world changes every day and so does our technology. Consumers want to know how they can get information faster, when they will be able to do so, and how much it will cost them. These articles explain the benefits and drawbacks to new technology practices and products that are happening in the U.S and overseas.

To merge or not to merge… that is the question.

In this month’s edition of Mergers and Acquisitions, the top trending story revolved around Comcast and Time Warner cable and their pending deal of $45.2 billion. Both companies are awaiting final approval from the FCC and United States Department of Justice, but speculation suggests that an answer won’t be finalized until mid-year of this year. The question that stands now, will this be in the best interest of the consumer? There are also several mergers overseas dealing in the realm of 4G and 5G LTE and combining huge corporations to keep up with the competition.

Net Neutrality- who’s right, who’s wrong, and how it will affect all consumers

Net Neutrality- The idea to allow consumers the ability to post and roam the internet freely without restrictions. Consumers have mixed feelings on the FCC’s new rules that were established back in February, as well as several cable companies who are trying to overturn the rule. I have collected the top articles pertaining to this topic surrounding the FCC and net neutrality issues across other countries.

If you have an interesting story that you would like mentioned, please send the link to Kelly.Potter@Mintek.com. Mintek reserves the right to select any and all content.